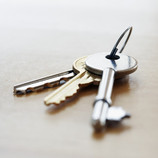 To avoid a television appearance on Judge Judy, we highly recommend getting your agreements in writing.  Studies show that agreements in writing are followed by both parties far more than the shake of a hand.  Landlords and tenants can have misunderstandings -- maybe about parking, noise, utilities until it escalates to other things. For many landlord problems, you’re almost always better off first trying to resolve disputes directly with your landlord, rather than go marching off to a lawyer’s office or small claims court. But if relations are so strained that no meeting seems possible, or you're unsuccessful negotiating a settlement with your landlord, consider mediation by a neutral, third-party mediator. Even if your landlord won’t speak to you on the phone, a skilled and experienced mediator may get him to the table.  Both negotiation and mediation will be cheaper than a lawsuit, usually less stressful, and often result in solutions that last.
Mediation is often confused with arbitration.  In residential landlord-tent disputes arbitration is seldomly used. While both are nonjudicial ways to resolve disputes, there’s a huge difference between them: Arbitration, like a lawsuit, results in a binding decision by the arbitrator, who’s like a judge. Mediators, by contrast, have no power to impose a decision. Their job is simply to help the parties work out a mutually acceptable solution to their dispute. Put another way, if you and your landlord don’t agree on a solution, there is no solution. However, if both sides desire to craft a resolution that both want to be binding, they can do so.
Mediation can make especially good sense if:
Many skeptics are surprised to learn that mediation really does work. One big reason is the parties have come to mutual solutions. By agreeing to mediate a dispute in the first place, you and the landlord agree to solve your own problems. Also, the fact that no judge or arbitrator has the power to impose what may be an unacceptable solution reduces fear and defensiveness on both sides.
Landlord & Tenant Pricing

For answers to your questions or to schedule an appointment, please call:

Or send us an email